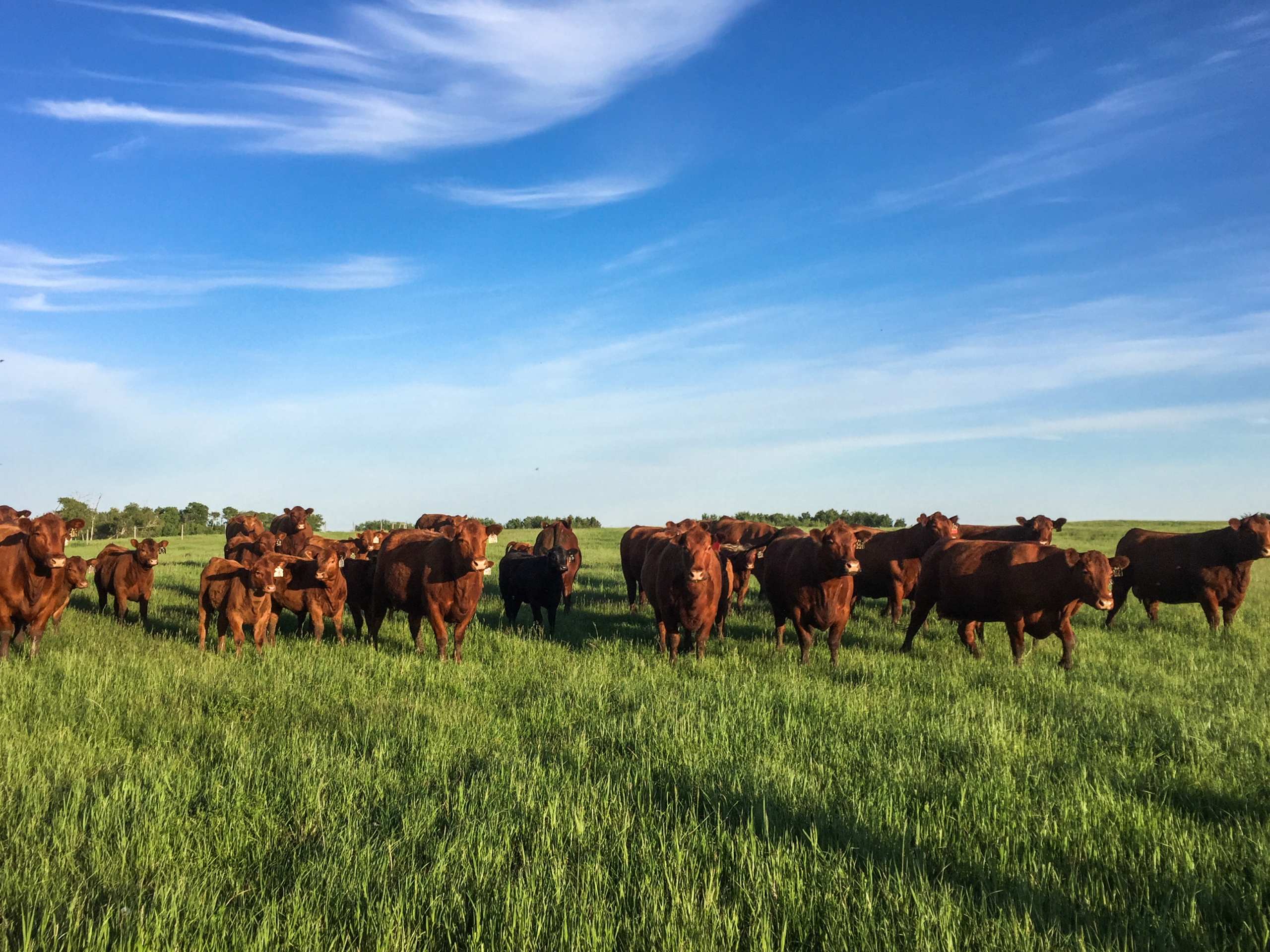 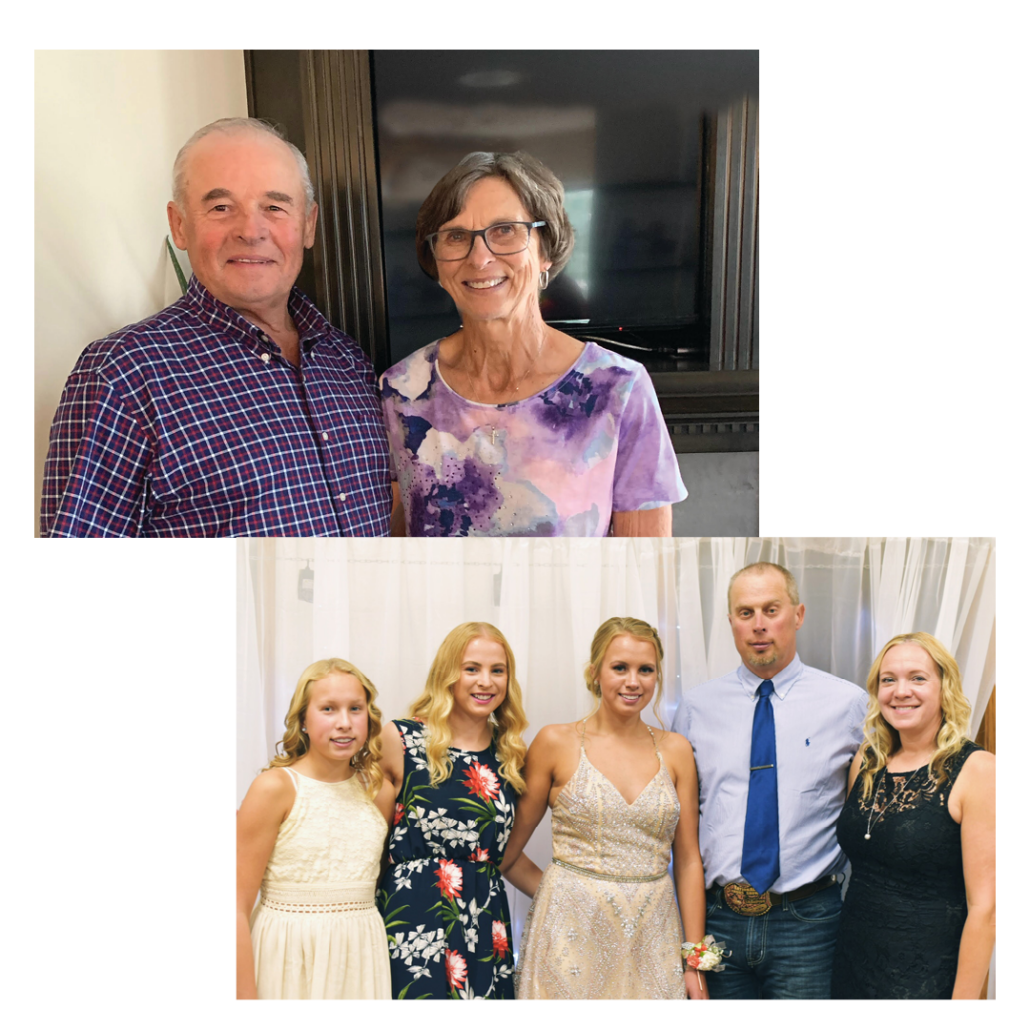 Ter-Ron Farms is a third generation farm committed to providing both purebred and commercial cattle breeders with quality Red Angus bulls and females. The farm is located just three miles south of the scenic town of Forestburg, Alberta.

In 1946, Paul Adams started the original homestead where Terry and Sharon have lived since 1974. There they raised three children, Rob, Shauna, and Kerri.

Rob and his wife, Maureen, live just north of the original homestead with their daughters Halley, Keely and Kasey.

Everyone is very involved in the day-to-day operations of Ter-Ron Farms. Terry, Sharon and Rob are on the farm every day, but Maureen and the girls are often found helping in the evenings after school and all weekend. Sharon is the head accountant and manages the registrations and transfers. Maureen teaches at Forestburg School but always plays a key role in the silage crew as well as additional bookkeeping. 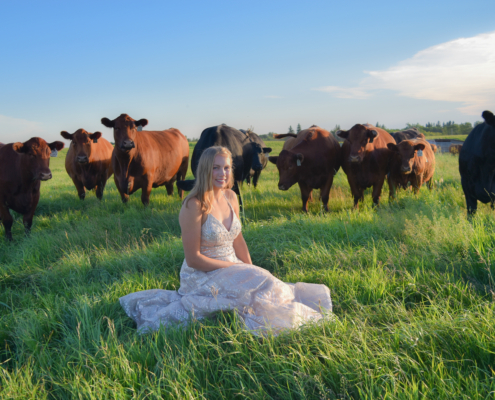 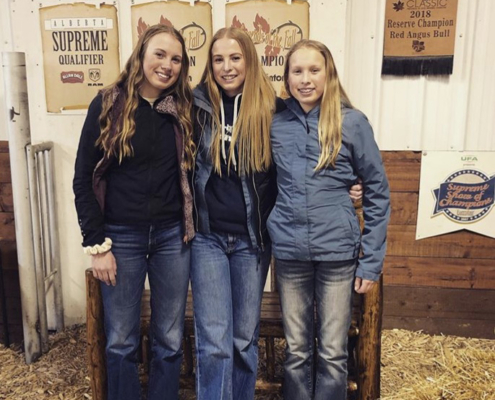 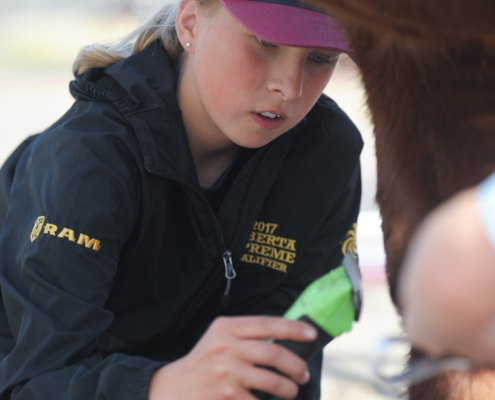 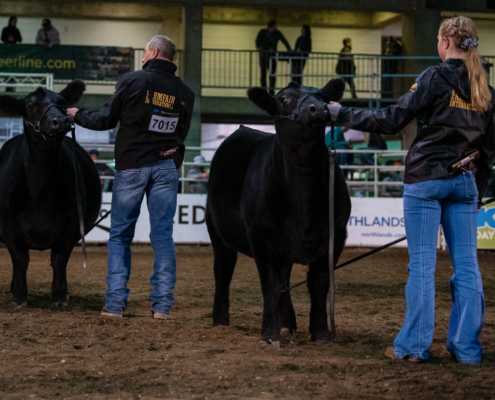 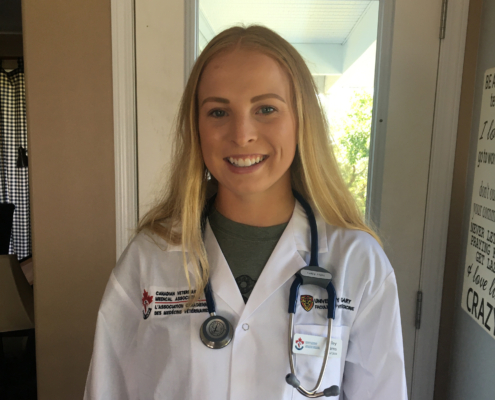 Ter-Ron Farms is a mixed farming operation consisting of 220 Red and Black Angus and 35 Simmental, as well as approximately 1700 acres of mixed grain and 1200 acres of grass. This keeps the family busy with grain farming in the spring and fall, and calving in the winter.

Both Terry and Rob recognized the need for change in the industry, and in order to meet the needs of their commercial customers, they purchased another group of females from Kevin Alder. They could really see the potential in the Red Angus breed and felt this was the best product to offer their customers.

Ter-Ron Farms has developed a Red Angus herd that they are very proud of. 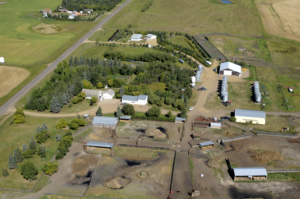 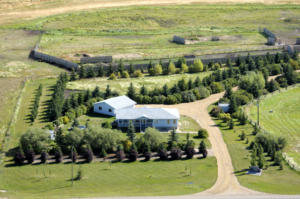 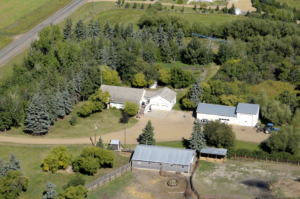 At Ter-Ron, they strive to produce bulls that suit the needs of their commercial customers.

Striving for females that are broody, easy-going cows that can have a calf, feed the calf, and still maintain themselves in order to breed back year-after-year.

Ter-Ron has a strict culling process to maintain a high-standard of cows that produce the type of bulls that they are proud to sell. They are confident their cattle are right for the times and that they will work in any environment.

In 2006, the Ter-Ron team began the beginning of a dream – holding their own bull sale. The first annual Get A Grip Bull sale was hosted in Stettler, AB, with Redrich Farms.

The sale has since been moved to their farm where they offer approximately 75 yearling and 2-year-old Red Angus bulls every third Thursday in March.

Ter-Ron Farms later added a selection of approximately 20 females to their sale. 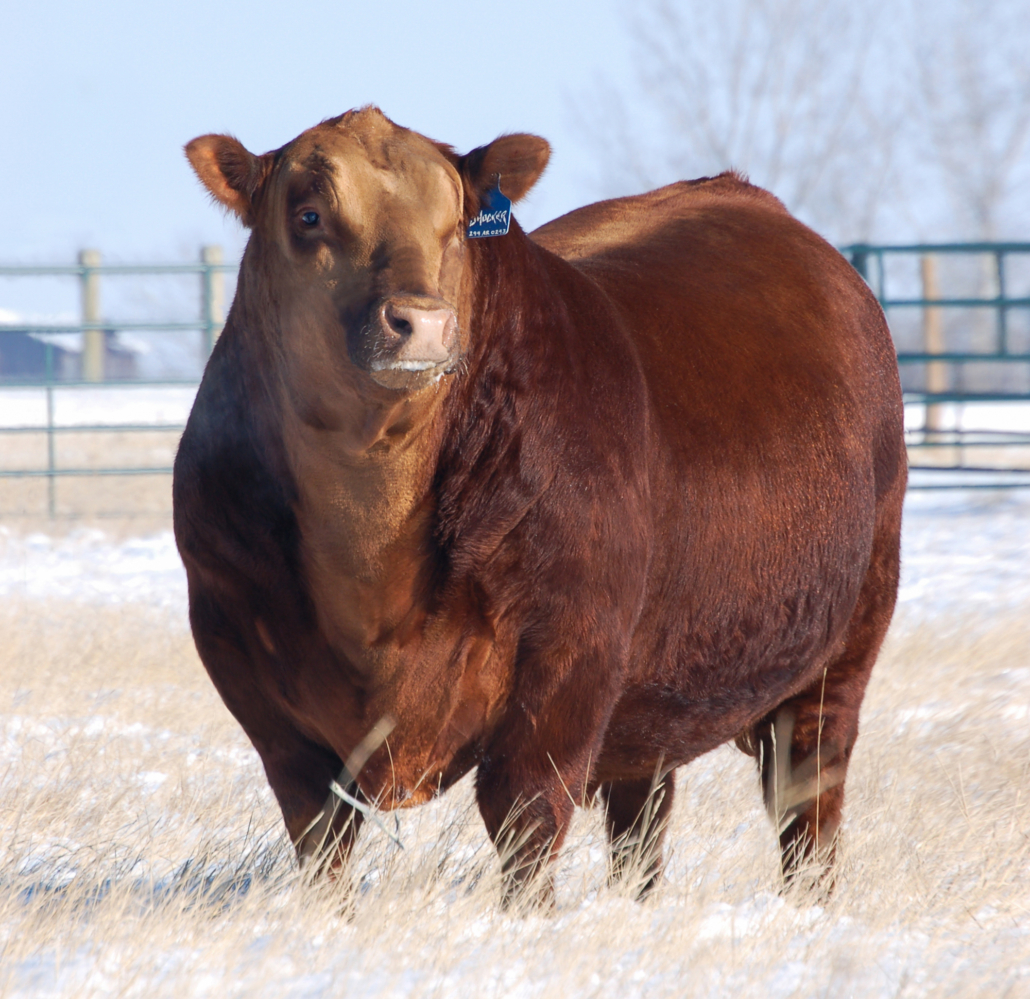 Ter-Ron Farms has been successful showing cattle at major shows such as Canadian Western Agribition, Farmfair International, the Lloydminister Stockade Roundup and the Calgary Stampede.

In 2007, their bull Red Ter-Ron Fully Loaded 540R won the RBC Supreme Beef Challenge. This is the largest all breeds show in Canada.

We take great pride in our cowherd!

It is our business, passion and LIFE.